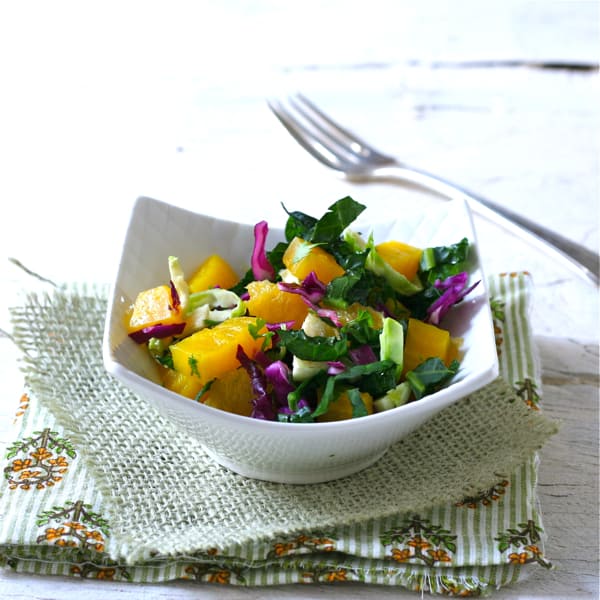 Earlier this week, I decided to challenge myself to make a salad from ingredients in our San Diego garden.

I found lots of kale, small golden beets and plenty of flat-leaved parsley. The orange tree is still loaded with fruit and our older Meyer lemon tree is at the height of its season.

Inspired by Ina Garten’s recipe for a winter slaw, I opted for my version of a slaw rather than a salad.

At the last minute, I “cheated” and threw in some red cabbage and a handful of Brussels sprouts from the fridge.

Everything came together quickly and easily, and it was fun to prowl around the garden and come up with a slaw for our supper – in February, no less.

TIP: Assemble the slaw, toss it with the vinaigrette, then allow it to sit for an hour or two in your fridge. This step will allow the slaw the absorb the vinaigrette and slightly soften the vegetables.