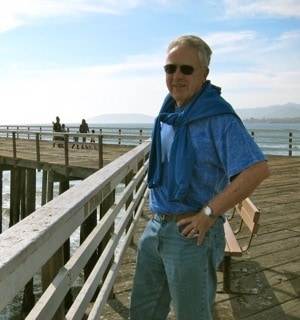 Last February 11, one day after losing his mother, my husband suffered a heart attack. I wrote about it in an earlier post and feel a need to revisit the past year on the anniversary of that traumatic time.

It is difficult to describe the emotional roller coaster we have ridden during the past twelve months. Of course, there was enormous joy when Larry survived and relief when we learned his heart was undamaged. I threw myself into revamping our diet – mostly cutting down on salt and further eliminating processed foods.  Larry entered cardiac rehab to regain his strength while under medical supervision. Our moods improved as did our blood chemistry.

But there were hard times as well. In retrospect, I realize that I suffered some moderate PTSD, much more than did Larry. Every Friday as the clock approached 3:30 I would relive the scene of our small house suddenly filled with firefighters and paramedics, the ambulance ride to the ER and the wait outside the cardiac catheterization unit, where I willed my husband’s survival. When Larry gradually resumed his Friday tennis, I felt unable to leave the house during his game. (We live across the street from the public court.) It seemed I would never resume my visits to the neighborhood farmers market, because I felt I had to watch over him after his match. I’m certain my “hovering” must have driven Larry crazy.

To this day, my heart leaps when I hear or see Engine 8 race through the neighborhood. I still get teary-eyed when we run into “our” crew in the grocery store or local coffee shop. Our bond with those life-savers is tight, and there have been several visits to the nearby station to drop off brownies or a Starbucks card for the team.

Last summer, we took a road trip north and visited friends in Napa and Marin. I will never forget being greeted by Mary and how she told me of the death – by heart attack – of a well-known food blogger’s husband. When I met Jennifer at an event last fall, all I could think of was the unfairness that my husband, quite senior to hers, had survived while hers had not. She was left with two young children as well.

30 Responses to One Year Later…