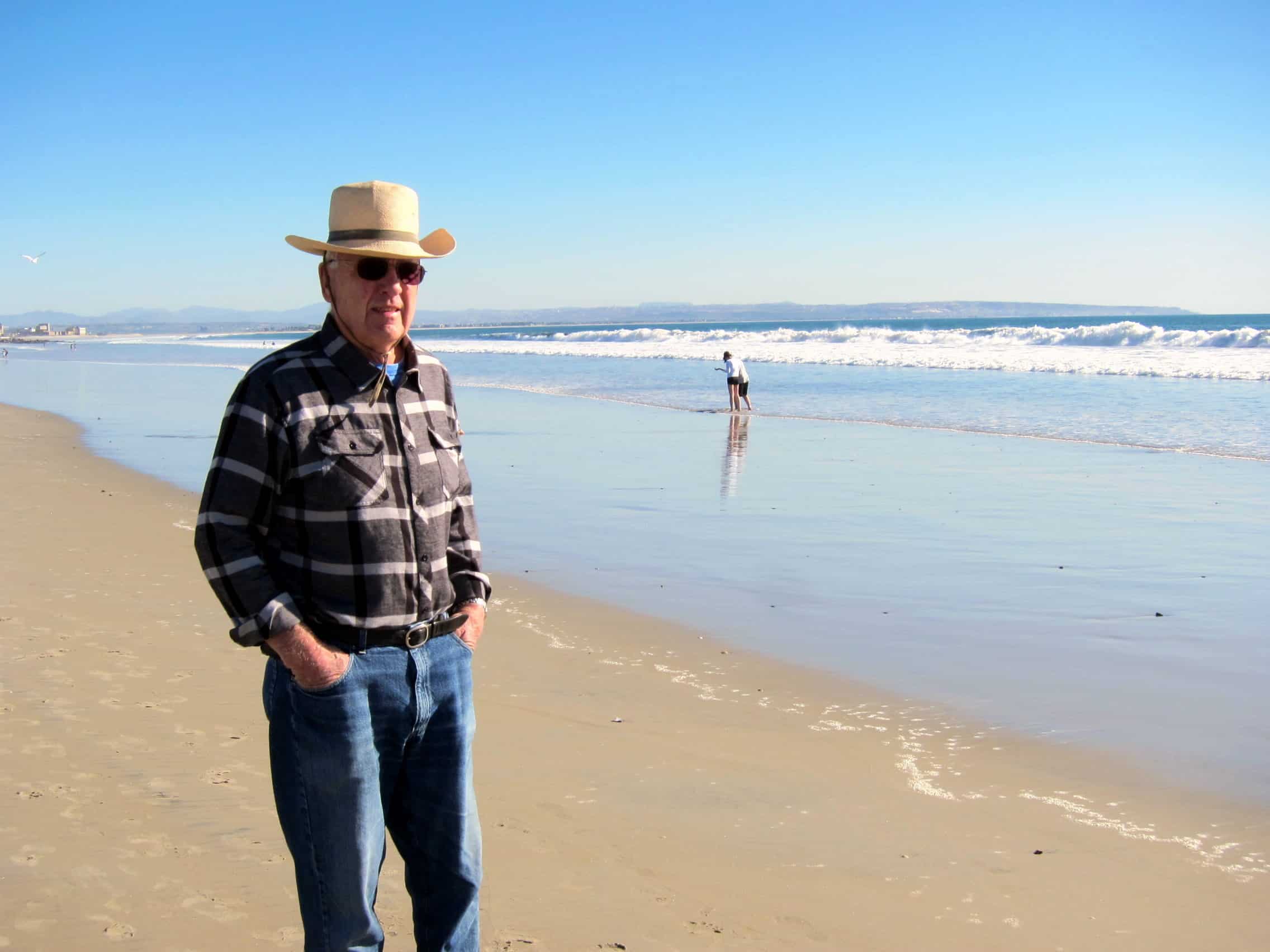 It has become a custom in our family to enjoy a homemade pizza every Friday for supper. Our neighborhood has a small Farmers Market Friday afternoons. I like to walk down to stock up on produce for the week, including tomatoes for our pizza. I even have a pushcart just like both my grandmothers used to have in New York when I was a kid.

This particular Friday was unusual in many ways. We had spent the previous eight days in San Diego Hospice ICC, saying a long good-bye to Larry’s mother. Although my mother-in-law was very elderly, it was a stressful and sad time for us and for her grandchildren. As my husband always says when death robs us of a loved one, “We are never ready”.

So Friday began with Larry making some necessary phone calls while I plunged into piles of laundry and household chores. Midday, I suggested lunch at a quiet Greek restaurant, very pleasant. Larry, out of character, complained of being tired. We both thought it was pretty normal, under the circumstances, for both of us to feel fatigued. After a brief nap, Larry went off for his usual tennis match. For some reason, I decided to skip the market and made a quick trip to the grocery store instead.

When Larry returned from tennis, we chatted briefly before he announced he wanted to lie down before taking a shower – peculiar, I thought. As I was signing a thank-you note to Hospice, I heard a loud crash and one of our cats ran out of our bedroom. I flew into the bedroom and found Larry collapsed on the floor. His face was ashen, he appeared mildly disoriented and sleepy. Although he weakly protested, I promptly dialed 911. As I described his condition to the dispatcher, I knew my husband was having a heart attack. My anxiety grew to a state of absolute terror. I shut the cats into Larry’s den, gathered his medicines and listened to the sirens as the paramedics and firefighters approached the house, within three minutes of my emergency call.

Suddenly, our small bedroom was filled with eight men and women who intervened and became part of a life-saving team. My fears increased as I heard one of the paramedics cry out, “Stay with me, Larry!” I had less than two minutes to free the cats, close up the house and jump in the ambulance. As we sped past the Farmers Market towards the ER, I remember thinking, “What if I had walked to the market after Larry’s tennis?”

Once at the ER, I was separated from Larry and two cardiac teams began to work on him. He looked dead. A nurse was assigned to deal with me, “…the nervous wife”. Thankfully, my stepson and his wife arrived and gave tremendous support.

Larry was whisked up to the cardiac catheter center, his blood pressure dangerously low. Quickly stabilized, two stents opened the clogged artery, forty-two minutes from having entered the ER.

Two days in the ICU were followed by another in the step-down unit, and, quite suddenly, Larry was discharged. It was Tuesday rush hour as we made the brief trip home from the hospital. We walked into the house, looked at one another and said, “Happy Valentine’s Day”.

And then I made a pizza.