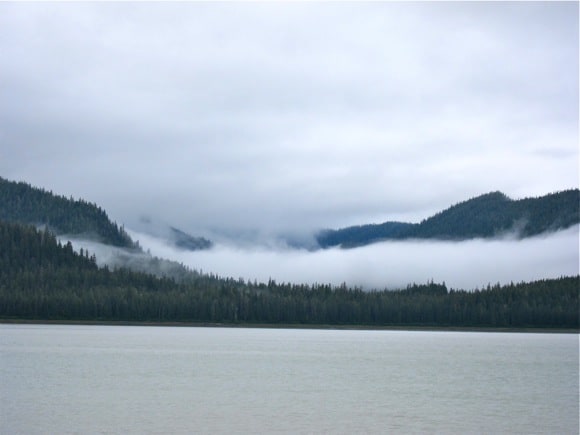 Once or twice in a lifetime, if one is lucky, you make a journey so special that you appreciate the unique gift of such a voyage even as you experience it, day by day. Such was our Alaska adventure.

We returned yesterday from eight days in Southeastern Alaska, where we cruised the Inland Passage on an expedition sponsored by National Geographic and Linblad Expeditions. Aboard the “Sea Lion” with sixty or so other passengers, we were led by highly trained and enthusiastic naturalists as we toured pristine wilderness and waters.

Our trip was filled with marine, land and avian wildlife, and it quickly became almost routine to be awestruck by  the variety of natural beauty during our daily adventures. The salmon had just begun to run and “everyone”, from bears to sea otters and sea lions, to eagles and wolves, were hungry and hunting. Luck never left us as we were treated to unusual sightings in and around the water. A ranger from Glacier Bay National Park said she had only seen bears and wolves interacting one other time during her eighteen years in the park. 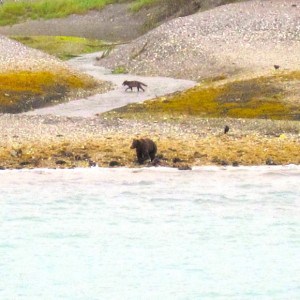 The expedition had some anxious moments for me, whether it was motoring up to the edge of a huge glacier while in a small zodiac craft, or finding myself within a hundred yards of three Alaskan brown bears – aka “grizzly” – who were interrupted from their salmon hunt by a bunch of us on a hike. This was, of course, the one hike when I had left my camera back at the ship… 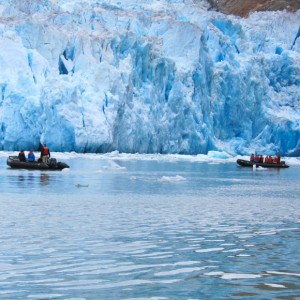 The tense times were outnumbered by joyful moments, such as motoring in a zodiac while surrounded by humpback whales. Witnessing ten whales feed in a ritual called “bubble netting” brought tears to my eyes as I watched them all leap in the air in one synchronized magical moment. The humpbacks were my favorites, and a part of my soul remains in Alaska, swimming the frigid waters with these special giants. 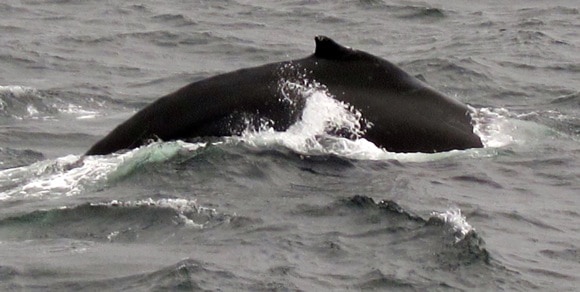