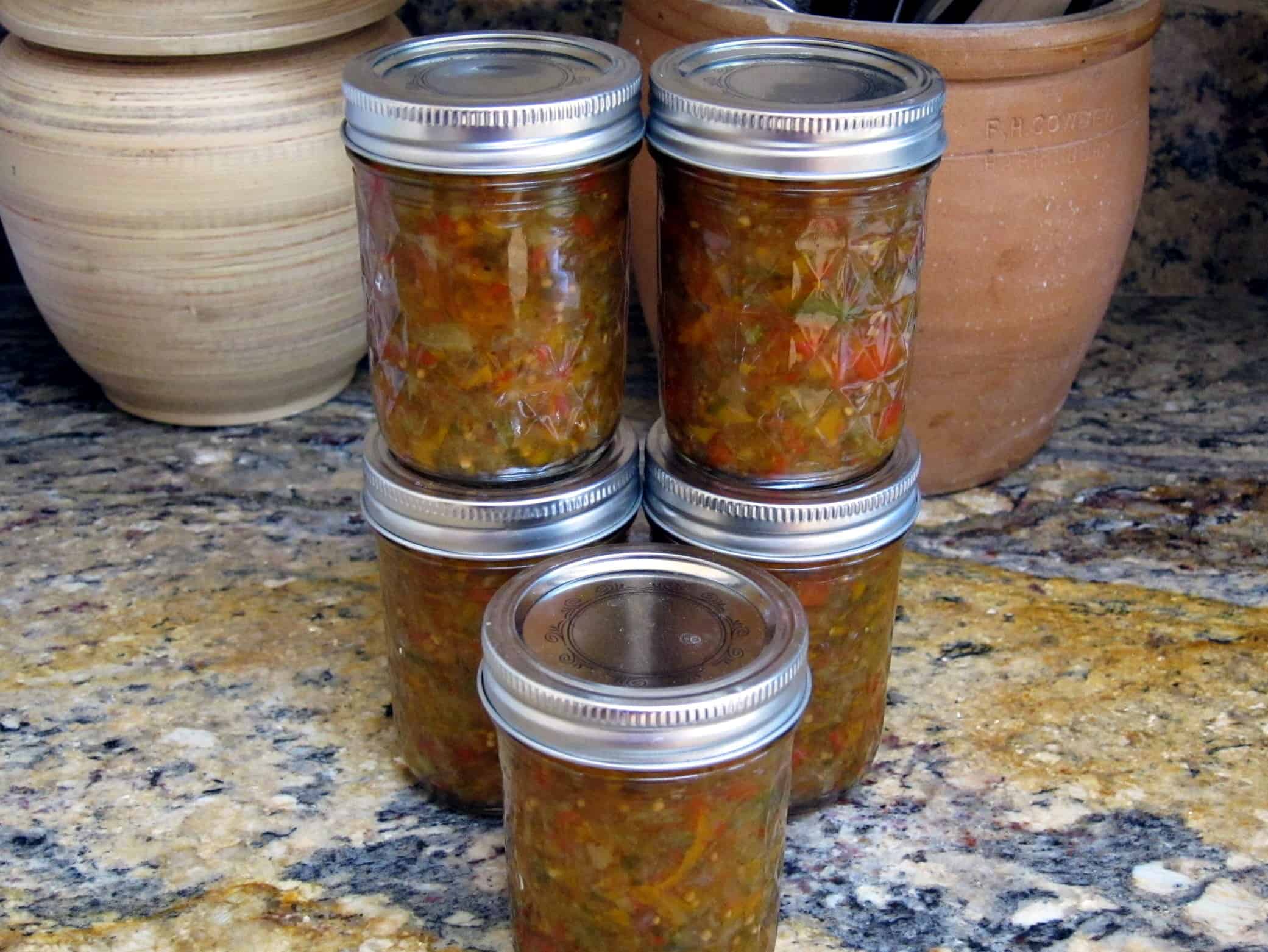 Since my husband’s heart attack two months ago, I have been busy tuning up recipes to adjust to our new, healthier lifestyle. This means a low-fat and, just as important, a low-salt diet.

Commercially prepared condiments, be they organic or not, are generally loaded with salt. So I have decided to experiment and make my own, beginning this ‘mini-series’ of heart-healthy condiments with a friend’s recipe for sweet pickle relish. (Stay tuned for ketchup and mustard.) This recipe does call for salt, but my ketchup will not and I’m working on my mustard recipe.

Cathy Barrow aka “Mrs.Wheelbarrow” and I met through online cooking contests, twitter and other ‘foodie’ social media sites. I was amazed by the number of creative recipes Cathy posts on her blog and by her detailed posts that include step-by-step photos of whatever project she is working on. We are both into canning and Cathy sets a high bar in terms of both variety and productivity.

I swooned over her great-grandmother’s recipe for sweet pickle relish. Play with the peppers and spices if you want, but this recipe is perfect as it stands. I use English cucumbers and like a blend of red, orange or yellow bell peppers. Red onion works fine too.

I cut the amount of salt in half and it worked well.  Next time I will add the juice of several lemons and further reduce the salt.

As Cathy suggests, blend some relish with mayo or yogurt, add a squeeze of lemon and you will have a terrific tartar sauce.

TIP: use a food processor to chop the vegetables.

Summer 2014 update: I added a handful of fresh chopped dill to the vegetables. Nice flavor tweak –

1. Place the chopped vegetables in a large bowl, sprinkle with salt, cover with cold water and set aside for 2 hours.

2. Use a large colander to drain the vegetables and rinse very thoroughly. Use a large spoon to press out as much liquid as possible.

3. Add the jars, rings and lids to a large pot. Cover with water and bring to a boil to sterilize the jars. I like to boil them 10 minutes at least.

4. Use another large (5 quart) non-reactive pot and add the white and brown sugar,vinegar and spices. Bring to a rolling boil. (A ‘rolling boil’ refers to a boil that cannot be stopped by stirring.)

5. Add the vegetables, stir and reheat to a rolling boil for another 10 minutes.

6. Fill the clean jars with relish and seal with rings and lids, using USDA guidelines. Process in boiling water bath for 10 minutes. Remove from bath, set on racks and listen for “pings” to indicate jars have sealed. Another check is to try and push down on each lid. If it does not give, it is sealed.