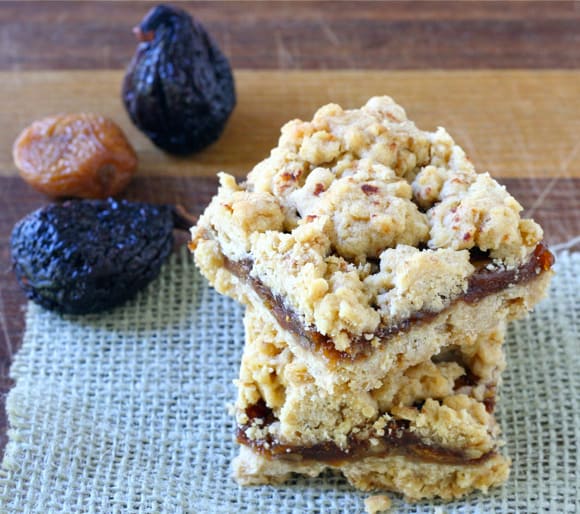 I had some leftover dried figs – Golden and Mission – left over from my gift from the nice folks at California Figs – so I decided to try one of their recipes for fig layer bars.

When Larry reminded me that his favorite childhood cookie was a fig newton, I thought he would enjoy a batch of these goodies. Despite a hot, muggy Labor Day, I cranked up the oven, turned on the fans and whipped up this batch in no time at all…

I added cinnamon, used good Irish butter and opened a new bag of dark brown sugar. Because I wanted the fig filling to really stand out, I used 12 rather than 8 ounces of dried figs.

This recipe makes a lot of crust/topping, so I made a deeper crust, reserving less for topping. (I also cut back a bit on the flour.)